My band, Gumbo le Funque, is taking Denver and points beyond by storm. Here is a little about the band…

The legend of the funky-dangerous party music

Some stories have a moral and should be repeated. Some stories, well, seem to live at the edge of that stagnant pool of ditchwater off a dirt road in the panhandle of Oklahoma, just on the other side of the Colorado state line. And some are the stuff of legend. This story, however, is none of those. This is the story of Gumbo le Funque, a band so dirty, so funky, so dangerous, you’ll slap yo’self for not seeing them live, sooner!

JJ was the first.  They knew he’d be a sax player, ’cause his momma would give him rib bones with barbecue sauce to teethe on when he was a lil’ chitlin.  You see, that kind of behavior is as common as black-eyed peas and greens where he comes from.  One day he hit the road with sax in the backseat, driving with the top down. He cranks up Barry Manilow, not because he likes it, but because it pisses off the Justin Beiber crowd. He got the idea for a New Orleans kinda sound on the bandstand one day after some idiot asked him for the 537,256th time to play some Bon Jovi. “If your band is so funky-dangerous,” he thought to himself, “people might forget the Bon Jovi thing.”

JJ knew he needed some strings, but the man he needed was hard to find. He drove down to the funkiest, dirtiest part of town cause he knew T-Bone existed there. Finally, out of the mist, a long-haired, leaping gnome stepped out from an alley in a puff of blue smoke. Silently T-Bone got into the backseat of the car. JJ asked him if he wanted a sandwich or a slug o’ bourbon.  But T-Bone just sat there, not speaking, picking tiny flecks of something only he could see off the back of the passenger seat headrest.

And so the legend of Gumbo le Funque began to grow. A funky-dangerous group of musicians and miscreants. These misfits, if you will, are not throwbacks to another time or space people of the future, but timeless and passionate, an experience, a happening. So now they need you in order to complete their musical quest. 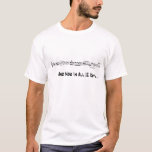 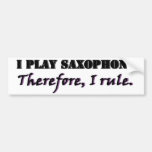 I Play Saxophone... Magnet
$5.50
by jasonjusticegroup 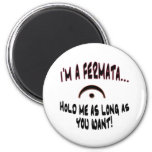 I'm a Fermata... Magnet
$5.50
by jasonjusticegroup 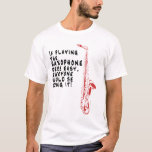 If Playing the Saxophone... T-Shirt
$23.25
by jasonjusticegroup 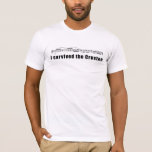 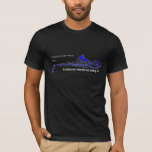 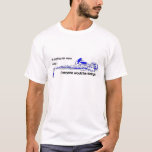 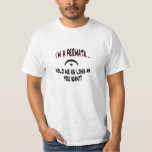 I'm a fermata t-shirt
$24.65
by jasonjusticegroup