Jason Justice is a saxophone player, educator, and arts activist from Denver, CO. His long resume as a performer includes multiple styles as a musician and work as an actor in theater.

During his studies at Metro State College he helped create and manage the Jazz Celebration at Metro State, an educational jazz festival that brought numerous middle and high school bands together with local and national music professionals.

It was during his time managing the Jazz Celebration that he realized there was little representation at the Jazz Celebration from schools in the city of Denver. As a result, Jason founded Instrumentos de la Libertad, or in English Instruments of Freedom, a Denver based 501(c)(3) that brings music lessons and instruments to Denver kids free of charge. An ambitious program that Jason sees as vital to keeping the arts alive and creating music consumers of the future, Instrumentos de la Libertad has a simple plan; level the playing field for kids one student at a time. Join his mission at www.instrumentosdenver.org

Jason endorses and is endorsed by RS Berkeley Instruments. And finally, he is so proud of his band, Gumbo le Funque, now in their third year with many important accomplishments behind them.  The band has had repeat performances at The Capitol Hill People’s Fair, a debut performance at Denver’s City Park Jazz and various other venues throughout the metro Denver area.  He has recently released his first studio recording under his JMJ Music label, “Funky Dangerous Party Music Volumes I and II,” available on iTunes, Spotify, etc. 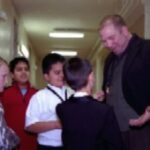 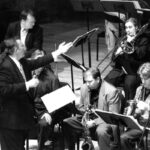 Playing at the Jazz Celebration at Metro State. 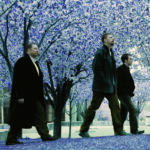 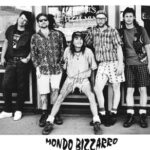 Jason with Mondo Bizzarro back in the day! Great hair. 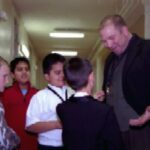